BUYING COULD BE EASIER THAN YOU THINK AT GREENWICH MILLENNIUM VILLAGE

According to a recent report by the National Centre for Social Research, 77% of 18-40 year olds aspire to own their own home. For corporate finance accountant Sam Otterburn (26), that dream recently became a reality when he purchased a one-bedroom apartment at Greenwich Millennium Village, SE10, using the Help to Buy London scheme.

Sam explains: “I moved down to London from Leeds just under two years ago; moving into a flat with a friend in Parsons Green, Fulham. We managed to negotiate a reasonable rent, with my share being £750 per month excluding bills. I have wanted to buy a flat for quite a few years now, so I began looking soon after making the move to London.”

Prior to the Help to Buy scheme being announced, I had a budget of around £230,000, but I was struggling to find the right property. When Help to Buy London was announced at the beginning of this year, a new tier of flats was suddenly unlocked across London, as I was now able to look at properties up to £380,000. I kept an eye on approved developers from the Help to Buy website, and new developments that were being announced under the scheme. When we found GMV it immediately started to tick boxes.

Sam continues: “I had managed to save a deposit slightly over 10% of the total value of my apartment, and used the full 40% equity loan on offer through Help to Buy London. This has resulted in my mortgage repayments being less than the flat that I had rented in Parsons Green, which is an incredible position to be in. I have already recommended the Help to Buy scheme to a friend, who is just about to complete on an apartment at GMV too.”

GMV is a joint venture development by Countryside and Taylor Wimpey, supported by the Mayor of London, and has been described as one of the most exciting and innovative residential neighbourhoods in Europe. Residents at Greenwich Millennium Village can take advantage of a huge amount of green open space with landscaped courtyards, a 50-acre ecology park with two lakes and thriving wildlife.

Sam noted: “The apartment itself is really nice; it’s a very generous size for a one-bedroom, with a large balcony, floor to ceiling windows and a great view of Canary Wharf. The apartment has been finished to really high standard, and the Smeg integrated appliances in the kitchen mean all you initially need to buy is a bed and a sofa. I also really appreciate how green and open the development is. There are some great routes to run into Greenwich and down to the Thames Barrier!”

“The development is well connected, being a 15-minute walk to North Greenwich underground station and connecting buses that run every few minutes. My commute is incredibly straight forward, and the Jubilee line is less cramped than other lines during the rush hour. The fact that the Greenwich Peninsula is undergoing extensive development is great too, as I know the area will continue to evolve and develop more character.” 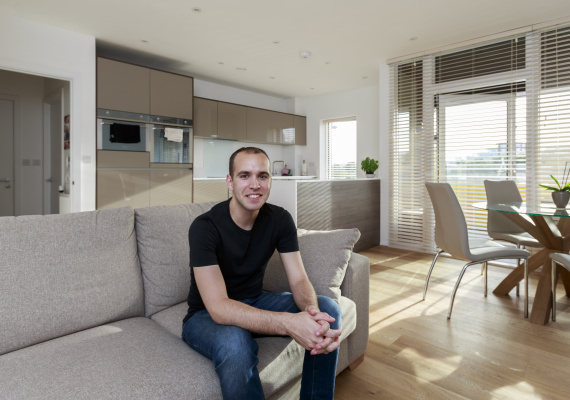 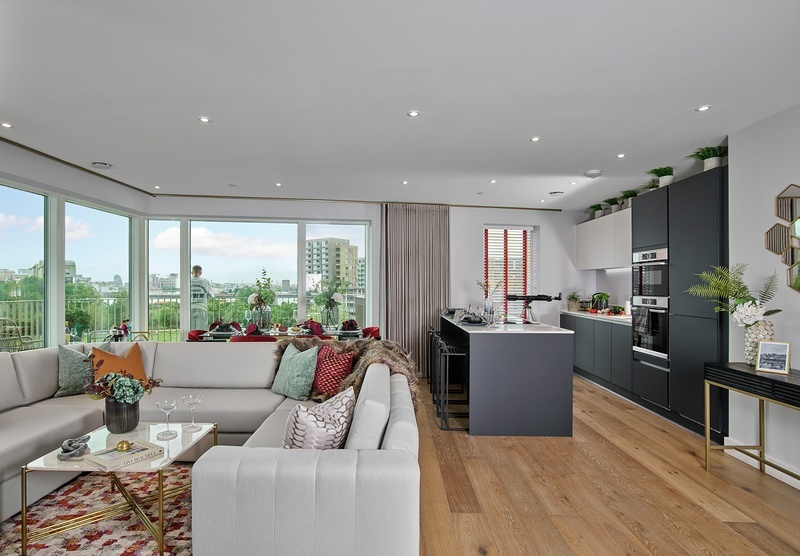