On Wednesday 23rd June, Greenwich Millennium Village (GMV), a joint venture between Countryside and Taylor Wimpey in association with the Mayor of London, hosted a topping out ceremony to mark the structural completion of 67 Park Central, the next residential building at the flagship development. 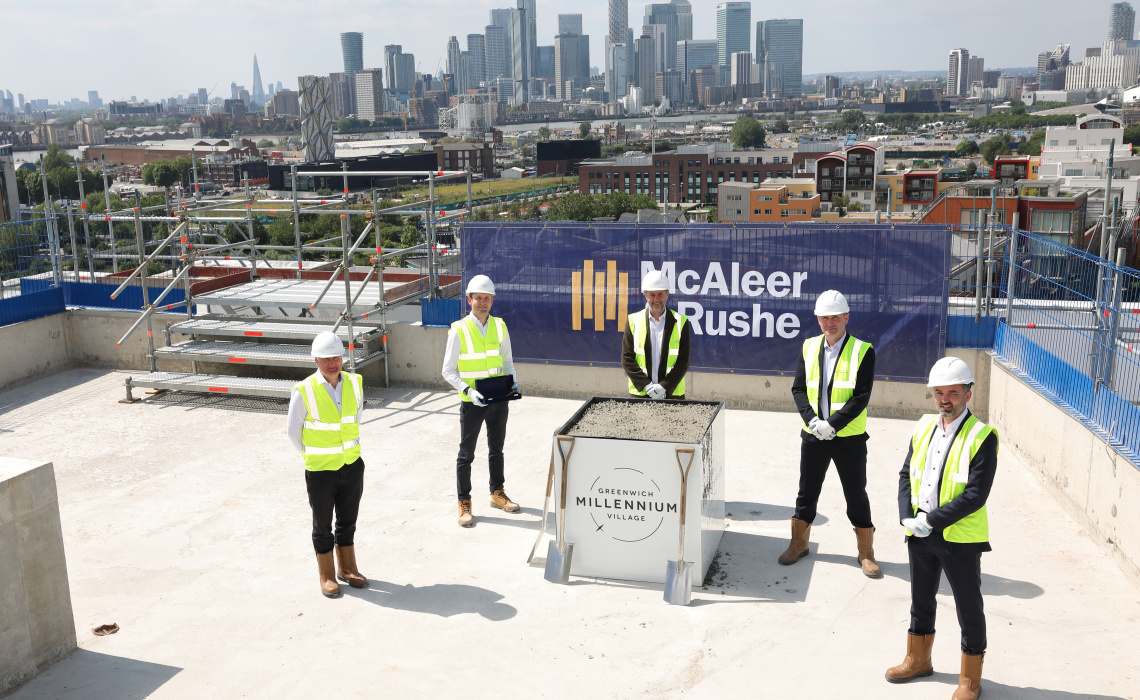 A significant milestone for the long-term regeneration scheme, 67 Park Central is the latest phase of new homes occupying a prime parkside position within the neighbourhood. Consisting of 115 one to three-bedroom apartments, maisonettes and duplexes many overlook the multitude of green spaces at Greenwich Millennium Village, including Southern Park, the Ecology Park and Swan Lake, while those on the upper floors have panoramic views of Canary Wharf, the O2 and the River Thames.

Facilities for neighbours to enjoy together

67 Park Central brings an array of exclusive facilities for residents to enjoy, alongside the central podium garden, which includes a communal square and children’s play area. The facilities have been designed with residents in mind, from a games room to co-working space. Serviced with the development’s first dedicated team of day porters, every residents’ wish is catered for.

The internal fit out of the 67 Park Central buildings will be completed throughout the year, with the first residents expected to move in during October 2021.

Demonstrating the ongoing construction progress and working to meet the demand for new homes in London, ground has already been broken on the next phase at Greenwich Millennium Village, called The Observatory.

Building on a two-decade legacy

2020 marked the twentieth anniversary of Greenwich Millennium Village, the transformation of a previous brownfield site into a thriving community of homes, businesses and places of leisure that thoughtfully integrates with both the urban and natural environment.

A village square, yacht club and Ecology Park are just some of the amenities which set this urban village apart from other London developments. Its masterplan, initially drawn up by the late Ralph Erskine, prides itself on sustainable and practical urban design. With an emphasis on humanist design principles, Erskine sought to invite people to live and work at this urban development through a people-focused lens.

Over the course of 20 years, every new phase has expertly added to the architectural jigsaw of the development, creating a truly unique place of contrasting – yet complimentary – buildings. 67 Park Central will add to the evolution of Greenwich Millennium Village.

This is a key milestone in delivering Greenwich Millennium Village. The topping out of a new residential building celebrates the next opportunity to live at this widely known and desirable development and demonstrates our ability to deliver homes of the highest calibre.

Residents of this building will benefit from luxurious facilities, equipped with a day porter, games room and co-working space for those with a modern, cosmopolitan lifestyle. Each collection of new homes at 67 Park Central build on the high-quality specifications already found throughout the village, but with unrivalled views and access to the various parkland areas on residents’ doorsteps.

We are very proud to be topping out 67 Park Central, demonstrating our ability to continue building on the 20-year legacy of Greenwich Millennium Village. Already home to a well-established community, each new phase of homes attracts new residents to the area. As 67 Park Central progresses, work has already begun on a future phase of homes – The Observatory.

Visit www.greenwichmillenniumvillage.co.uk for further information or call 0208 023 7177. One to three bedroom apartments from £459,995 - £742,495 with Help to Buy available on selected apartments. 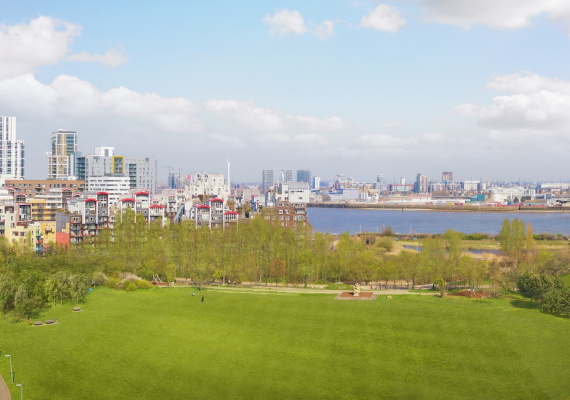 Greenwich Millennium Village has long been a unique place to call home, where residents have truly f… 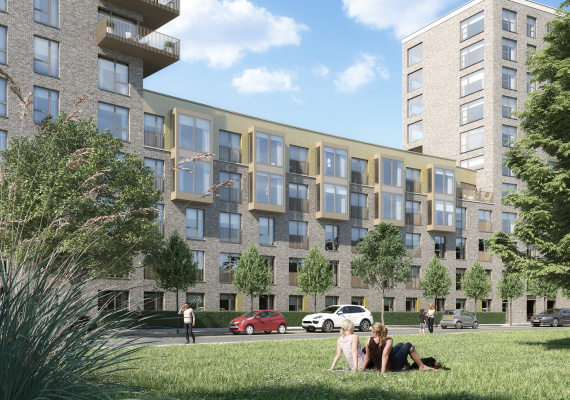 Take a virtual fly through tour of our latest phase